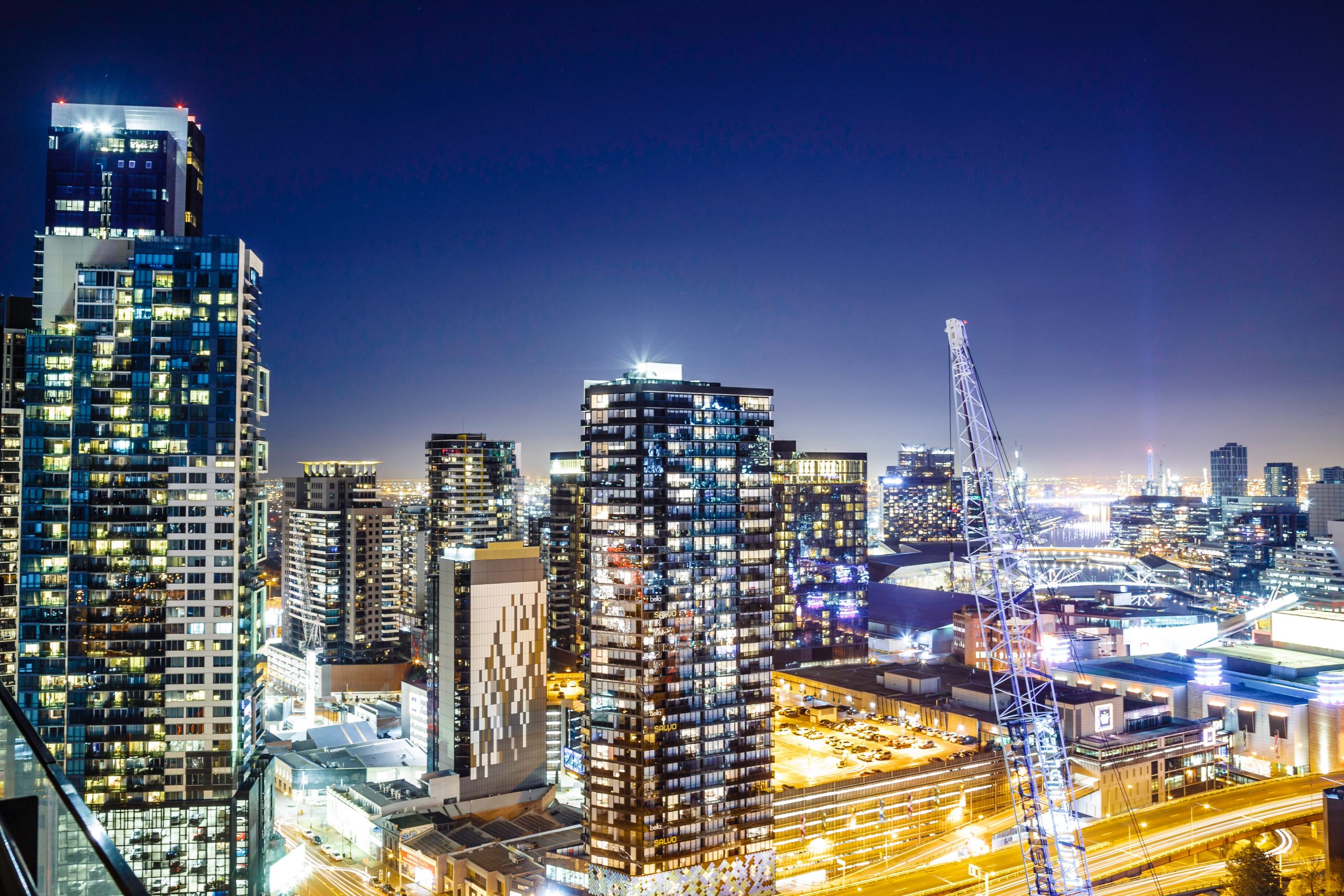 This past weekend I flew over to Melbourne. It was the quickest of jaunts – 33 hours to be exact. I was over there for a wedding, so add several French champagnes to the whirlwind effect and suffice to say, I’m pretty knackered. But no matter. I’m home now and can tell you all about it. Fair warning: I’m not usually a fan of Melbourne. So I’m going to try to tell you all about it without having that come across too much. It should be fairly easy though because – surprise! – I actually didn’t mind it this time!

Getting a feel for Melbourne

Melbourne is a city I’ve never really warmed to. I’ve been so many times, and everyone I know raves about it, but I’ve never really “got it”. It might have something to do with my resentment that all our friends keep moving there, I’m not sure. All I know is to me, it feels big and unfriendly and dirty and not-a-little-bit pretentious. Whatever. The thing is, a lot of the things I don’t like about it are exactly why others love it: it’s gritty and artsy, big and bustling and full of hipsters. But on the flipside, it has the potential to make you feel a little bit fancy. And that’s how I felt this time.

One thing I always notice about Melbourne is that I can feel dressed up, only to walk the streets and suddenly feel very un-stylish in comparison to the locals. The same was true here.

I was in Melbourne for a grand total of 33 hours I believe. Definitely not long, but long enough to get a feel for the inner-city suburbs, sit down to two brunches, see a whole bunch of people and consume way too much alcohol. I also explored two hotels and a couple of waterfront bars. Not bad for 33 hours!

Over here in Adelaide, we take brunch very seriously. But so does every other city in our vast country. Melbourne, being hipster paradise, subscribes to this cultural doctrine with fervour.

A girlfriend of mine picked me up from the airport and took me out to brunch in Richmond (for those uninitiated, Richmond is a couple of suburbs East of the city) and quite trendy. We ate at a place called Cheeky Monkey; I had the Hash Brown Benedict (that’s eggs Benedict, but with insanely good homemade hash browns instead of bread, to suit the gluten-free peeps). My friend had some ridiculous kale and broccoli salad thing. I didn’t even pay her out, so that tells you how excited I was to see her. (Spoiler alert: I tried some and it was delicious)

Other great areas in Melbourne where I’ve previously enjoyed a super yummy brunch are Yarraville, Fitzroy and Brighton. Just eat your way around the whole damn city, really. Of course I can’t forget to mention Southbank here too, but I’m getting to that.

Hanging out in Melbourne’s Southbank

On the other side of the Yarra River from the CBD is Southbank. Think of this as like an uber-trendy new marina-style development, except on a riverbank instead (so ditch the boats). Add in a host of huge corporation headquarters, big name hotels and apartments, high-rise condos and an exhibition centre and that’s Southbank. Both the Langham, where the wedding was taking place, and the Wrap apartments where I was staying were in Southbank, so it was the perfect spot to base myself for the rest of the day.

I was meeting my parents at 1 pm and wanted to spend a bit more time with my friend, so we decided on Arbory Afloat for a drink. What a wonderful decision. This bar is on a pontoon floating on the Yarra River, right at the back of Flinders Street Station. We snagged a day-bed (so lucky) and ordered some drinks. Then we just chilled. I tell you, I don’t remember the last time I was so relaxed. I was a bit surprised to see so many people getting on the booze so early on a Friday – my friend and I kept saying “doesn’t anyone in Melbourne WORK?!” But it was a sensational atmosphere. Think of a beachside bar in Nice or Cannes, then transport that to a pontoon on the river. That was Arbory Afloat. Perfect.

?✨Spend your NYE dancing under the fireworks and floating on the Yarra River as Melbourne city lights up! ? link in bio ?✨✨

There are countless other trendy bars in Southbank to sit back with a drink and watch the world go buy, or rub shoulders with the Beautiful People. For something a little different, Ponyfish Island is a winner. It became affectionately known as “the troll bar” within my family as it’s located on the river under a bridge. Down a refreshing cocktail or one of the many excellent craft beers, and pair your drink with proper day-after food: nachos, burgers, steak sandwiches and antipasti.

I mentioned it under “brunch” before, but Southbank is a winner for a good brekkie feast. When you’ve had a few too many glasses of Moët the night before (like me after the wedding),  somewhere excellent for brunch is the number one priority. The next day my parents and I ate at SoHo on the Southbank Promenade. It really fit the bill. Excellent service, delicious food, freshly squeezed juices to get those electrolytes back. I had the Spanish Baked Eggs and they were divine served with soft, fresh sourdough.

Where to stay in Melbourne

Melbourne is full of fantastic places to stay all over the city. You’ll find an option for every occasion, from family-friendly apartments to budget hostels, cute boutique places and luxury hotels.

The wedding I attended was at the Langham in Southbank. Random anecdote: Tyga (he’s a rapper apparently?! No idea!) was staying there too – in the suite next-door to the bridal party, no less! – so when I arrived before the wedding, this guy and his entourage were arriving too. I’m talking 20 blokes in Lamborghinis and Ferraris hooning into the valet area. So you know… not doing much for my wanker-hatred.

Anyway, The Langham is everything you’d expect for a $500+ a night hotel. Rooms that are probably not much bigger than the Travelodge across the road, but marble floors and crystal chandeliers everywhere and their own “signature scent”. Every little detail has been thought of. Service seemed hit and miss from what I could tell (I spent a lot of time there, but stayed somewhere else, which I’ll get to in a minute). The staff were certainly friendly and professional, but there seemed to be a fair bit of double-handling and red tape around things so many tasks seemed harder than they needed to be. Things got a bit ridiculous ordering drinks in the Aria Bar after the wedding… it was late, so the staff were probably just over it. But you could tell.

I didn’t spring for a room the Langham (I was feeling cheap), opting instead for an apartment at the Wrap on Southbank. I loved it. A two-bedroom apartment with two bathrooms and a fully-equipped kitchen for half the price of the Langham and only a five-minute walk away (we could see the Langham from our balcony). Our apartment was on the 36th floor which meant panoramic views of the whole city. Check in was seamless and the staff were friendly and accommodating.

The Mantra is a popular apartment chain and their Southbank offering is great. Apartments are beautiful and spacious, and the balconies afford a fantastic view. The Mantra is pricier than the Wrap but there’s more of a hotel-vibe in terms of service.

We stayed here last time we were in Melbourne. It’s suuuper cheap and the facilities do reflect that, but we had our own kitchen, lounge, separate bedroom and bathroom. And there was free parking! All within walking distance to the CBD. The staff were also surprisingly accommodating, especially when it came to the kids.

I love a good wedding

The wedding itself was beautiful. Watching two people who love each other deeply come together and promise to keep that love for the rest of their lives is one of my favourite things in the world (call me a closet romantic). The ceremony was in the Yarra Room which was great, but heading up to the Alto Room on the 25th floor for the reception was something else. Enjoying canapes and champagne while overlooking the entire city and mingling with people I hadn’t seen in years was such a highlight. Also, there were fireworks thanks to a local festival, but we claimed it. No wedding is complete without fireworks, obviously.

In terms of getting home, Melbourne airport needs some work. I’ve always liked that it’s all one connected airport rather than having to catch a bus between terminals (*cough* Sydney, Brisbane, Perth *cough*) but this time the signage was really poor. I stood for ages trying to figure out which gate my plane was departing from and therefore which side of the airport to head to since there were no big departure boards. Must be a new thing since I’ve never had an issue before, but it was super frustrating.

The other thing to note about Melbourne Airport is that it’s out in Essendon, which is not particularly close to the CBD, and there isn’t a train or anything to connect directly to the city. There seems to be a bus service but the timing isn’t particularly convenient. This means if you’re not hiring a car, you’re likely to have to pay for a taxi which gets pretty pricey (expect to pay over $50).

A flight is a flight though, and it was amazing to see family I hadn’t seen in so long, and to experience some places I hadn’t been before. Hanging out in a city I profess to hate and really enjoying myself was so cool. And even more amazing was the feeling of coming home to my boys. For me, that’s what travel is all about.

For other weekender destinations, check out my posts on Sydney and McLaren Vale.

A Complete Review of Longview Vineyard in Macclesfield, SA

Eight Lessons Traveling With My Husband Taught Me

How To Spend A Romantic Weekend In McLaren Vale