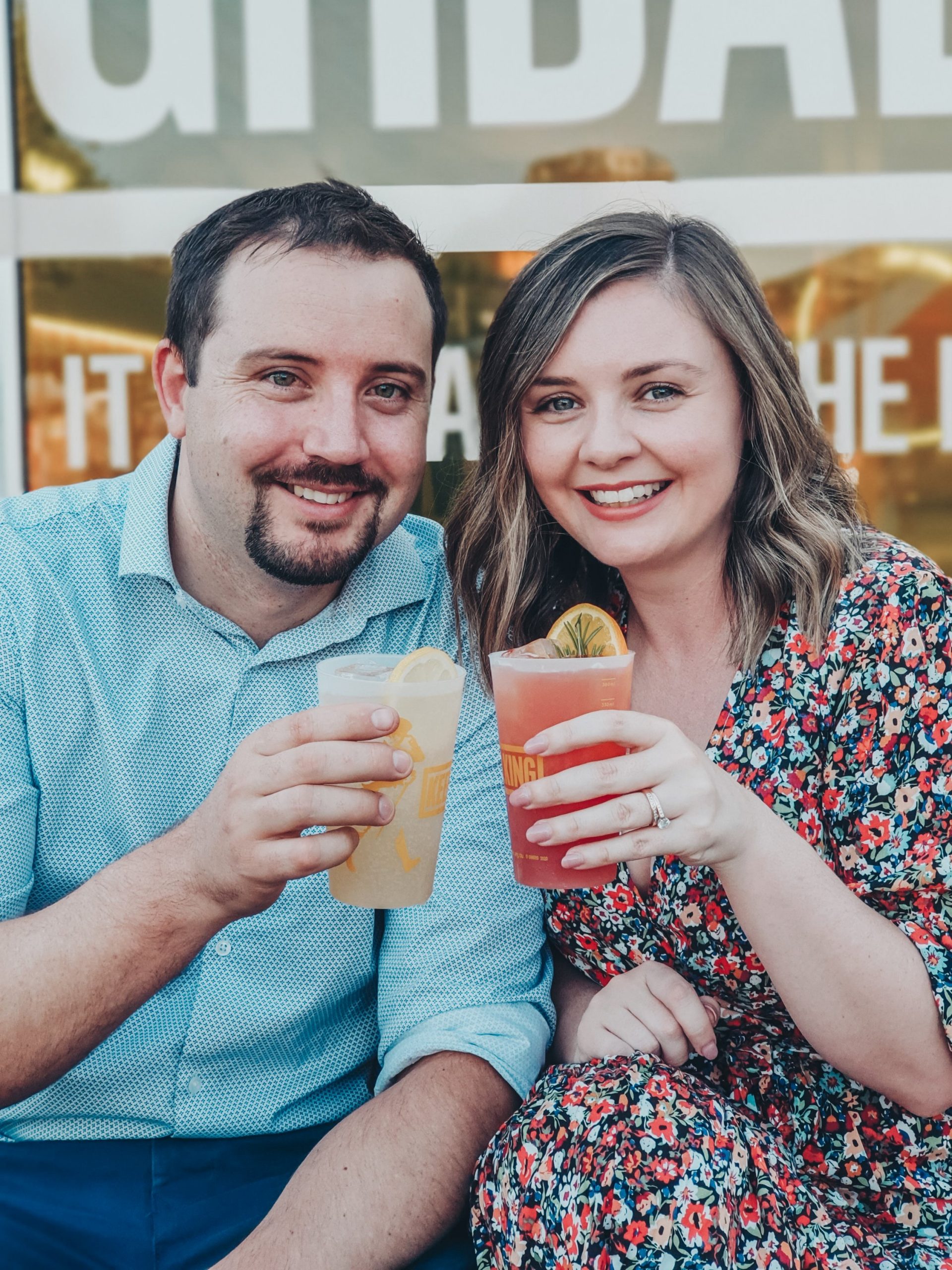 If you’ve been reading posts on this website frequently, you’ll know that one of my core parenting beliefs is that it’s incredibly important for parents to put their relationship with each other first and to make time to be with each other without the kids. If you’re not familiar with me or my stance on this, the basic premise is that I want to model a healthy, loving relationship for my kids, and that is something that actually takes work. The reality is, long-term relationships go through ebbs and flows, and when we make time to be together, have uninterrupted conversations, and do fun activities, we get along better and feel more connected to each other. And when that happens, we’re actually better parents in so many ways.

Lately, though, that has honestly proven to be quite tricky. Life has dealt us a pretty tough hand over the past year or so… and yeah, things happen, but I definitely notice life getting extra hard when we struggle to make time for each other. So with that in mind, we’re making a concerted effort to reinstate date nights.

Date nights can be for super couple-y things, but they don’t have to be. We’re extremely lucky in that we have a close-knit group of friends, some of whom have kids, and some don’t. And while it was a little isolating at first being the first couple to get married and have kids, many of our friends are starting to do the same now or, if not, starting to understand what it’s like now that we’re all in our early thirties. And while I’m bragging about my wonderful friends, I’ll add this in: one of them happens to be a stand-up comedian. Yes! So with that in mind, a few of us organised a night out to see our friend’s show and enjoy the atmosphere of the Adelaide Fringe Festival, one of the biggest annual events in South Australia’s calendar.

The Garden of Unearthly Delights

The jewel in the crown of the Adelaide Fringe Festival really has to be the Garden of Unearthly Delights, affectionately known as just “The Garden” to locals. It’s a huge park filled with places to eat and drink, different show venues (from huge tents to tiny ones) and even a few rides. The whole vibe is sort of an eclectic bohemian party, like if the movie Moulin Rouge was an outdoor festival.

A word of warning: just like everywhere else during Fringe (but especially so), The Garden gets absolutely packed at night. With that in mind, I’d recommend getting in early (we arrived a little before 6pm and it was really starting to kick off). You won’t have to queue as long to get in if you have tickets to see a show. Being the go-to venue, you’ll find many of the big-name shows in The Garden.

There are plenty of spots to get a drink, including representation from different wineries, breweries, cocktail bars and – my favourite – the Pimms Garden.

We started in the garden and grabbed some Japanese fried chicken and gyoza dumplings before meeting up with our friends. Yep, we’re officially parents – if we don’t eat at 6pm sharp we get ravenous! I can confirm though, the fried chicken (served with spicy sriracha aioli) was officially the best I’ve eaten in my life. Seriously! Being soaked in buttermilk for 24 hours probably had something to do with it, and I’m determined to try this method at home now.

After seeing a show elsewhere, we made it back to the garden to see Dom Chambers: Fake Wizard. I can’t give too much away but basically, picture a magician who swears a lot and whose magic is both impressive and very low-brow.

Right across the road from The Garden, you’ll find Gluttony, another park cordoned off and filled to the brim with food trucks, venues big and small, and bars. We moved over to Gluttony to meet our friends before the show.

As you walk in there’s a food area serving Vietnamese, Gozleme, and other assorted goodies, as well as a Coopers Bar.

We grabbed some drinks at the Johnny Walker bar (which, by the way, has a rooftop level with views over the whole festival) and enjoyed the atmosphere with our friends next to the pond. (Those familiar with Adelaide may have fond childhood memories of the pond in Rymill Park!)

We had tickets to see Leigh Qurban: Crate Expectations at Gluttony. What I loved about the smaller venues in Gluttony was that so many locals (or, in Leigh’s case, ex-locals) are showcased here. While sometimes the shows are sold out, you have a fairly good chance of being able to grab a drink then purchase a last-minute ticket, especially on a weeknight.

While we were happy to stick to The Garden and Gluttony for our night out, the entire city is filled with Fringe venues. Of particular note for my inner foodie is Rundle Street: the East End street and its associated laneways are filled with restaurants and bars, but during the Fringe it’s blocked off to vehicles. This means additional seating is set up in the street, making it the perfect dinner spot before a show.

I made Mr. W withdraw cash before we went into The Garden, only to find that many bars and eateries are cashless. Gone are days in which one must be ultra-organised and remember to carry cash!

Given how busy it is, transport is something to consider. We dropped the kids off at the grandparents’ house and watched the Uber pricing go up several dollars in a matter of minutes, so we ended up heading in earlier than planned. I’d follow this option and just go early if you’re planning on a festive evening. Don’t bother trying to drive – you won’t find a park and if you want to enjoy a few drinks it’s not worth it.

The Adelaide Fringe runs until the 15th March and happens every year. You’ll find venues all around Adelaide and more information can be found here.

How To Spend A Romantic Weekend In McLaren Vale

Why You Need To Consider A Destination Wedding

A Complete Review Of The Oval Hotel, Adelaide