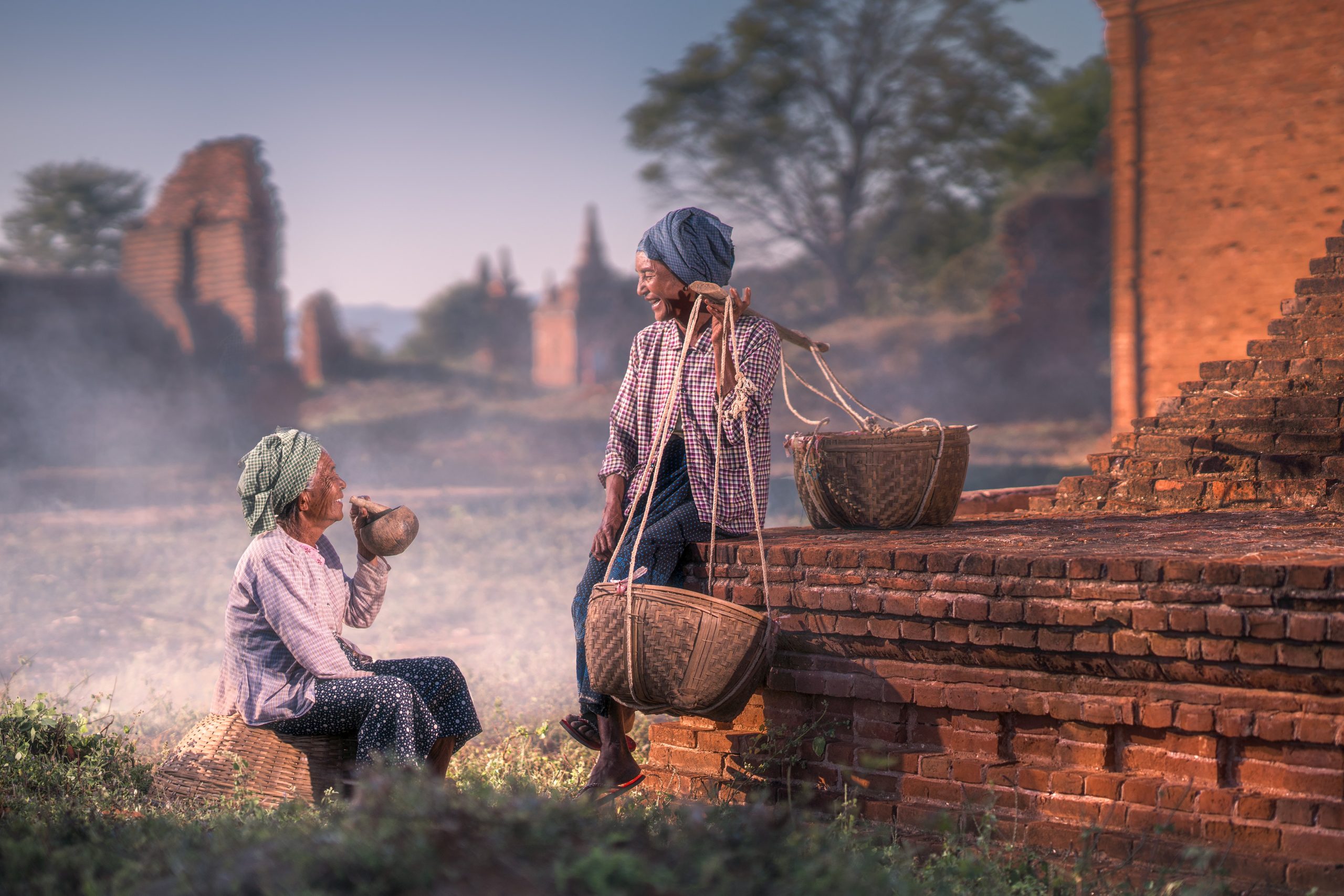 When I came across some snaps of people on Ngapali Beach. If you’ve never heard of Ngapali before, it looks absolutely stunning. And if you haven’t heard of it, you’ve probably heard of its state – Rakhine State in Myanmar (Burma). The very one in the news right now for the violence being committed against its Rohingya people.

Reading the news, phrases like “human rights abuses”, “atrocities” and “ethnic cleansing” are used to describe this crisis. Entire villages have been razed and a huge humanitarian crisis has been created. All of this at the hands of the government, or at least the military, of which the government does not have effective control.

So it’s fair to say these pictures shocked me. My first reaction was one of anger, thinking doesn’t these ignorant people know what’s happening nearby?

It was just a week before that my three-year-old son, ever the curious traveller, had been watching the Top Gear special where they drive trucks through Burma, and he’d asked, “Mummy, can we please go there?” Without giving it a second thought, I solemnly replied, “we can’t go right now because Burma is being mean to Rohingya people”.

But is it right to just boycott?

In December 2013, I was working for a major tourism company that specialised in tours to Egypt. Trips to Egypt were a backbone of this company and they had a lot of staff on the ground there. The Arab Spring had already hurt tourism numbers in Egypt, and then an Australian journalist, Peter Greste, was arrested for reporting news that was “damaging to national security”.

Letters and emails came in from concerned people telling us we had no choice but to boycott Egypt; a pretty difficult thing to do when you have staff on the ground who depend on you paying their wages. But the argument was that we couldn’t, in good conscience, support a country that would imprison one of our own on potentially trumped up charges that diminished democracy and press freedom.

The idealistic, social justice warrior 25-year-old me agreed. But our Managing Director didn’t.

To our MD, it was quite simple really.

The first thing to go in a closed State is tourism. When you have a flourishing tourism industry, you have thousands of foreigners observing your society and going home to tell people about it (and these days, posting their impressions all over social media or on blogs like this one). That’s great in a country that relies on its tourism industry and feels it has nothing to hide. But if you don’t want the outside world questioning your practices, you limit tourism (an extreme example of this is North Korea). To our MD, shutting down Egypt operations in order to send some kind of message to the Egyptian government would essentially be giving them what they wanted: more power to control the narrative. And it’s under these circumstances that a government gains too much power and could build the oppression of its citizens.

Burma, of course, is not Egypt.

Every situation is unique and there is no question that the predicament Burma finds itself in is deeply complex. I’m not here to espouse a solution because frankly, I wouldn’t know where to start.

But I do know tourism shines a light on the happpenings of a country’s politics and society, while often managing to remain somewhat apolitical itself. Without any tourism, governments could do what they want with little oversight or publicity and that’s where the danger lies.

The other thing tourism encourages is the interaction between cultures and individuals of different circumstance. When we travel, we support local businesses when we stay in independent hotels or guesthouses, or eat at local restaurants. Even staying at the bigger chain hotels allows locals to earn a wage. When we strike up a conversation with a local we have the opportunity to share their insight. When tourism goes, so do these things and it’s the locals who suffer.

Should I boycott Burma?

So scroll Instagram and take the images you see with a grain of salt; I think by now we’ve established a lot of it isn’t real. But I think we should consider the background decisions that would have been made before taking those photos. Though you and I may be reticent to travel to Burma lest we be seen to support the current situation, let’s think of who hurts the most from a drop in tourist numbers – the locals.

And that’s why, though it goes against my initial instinct, if you ask me “should I boycott Burma?” I’d say no, please don’t. Go, see this incredible country, talk to the locals, and tell everyone you know about it when you get home.