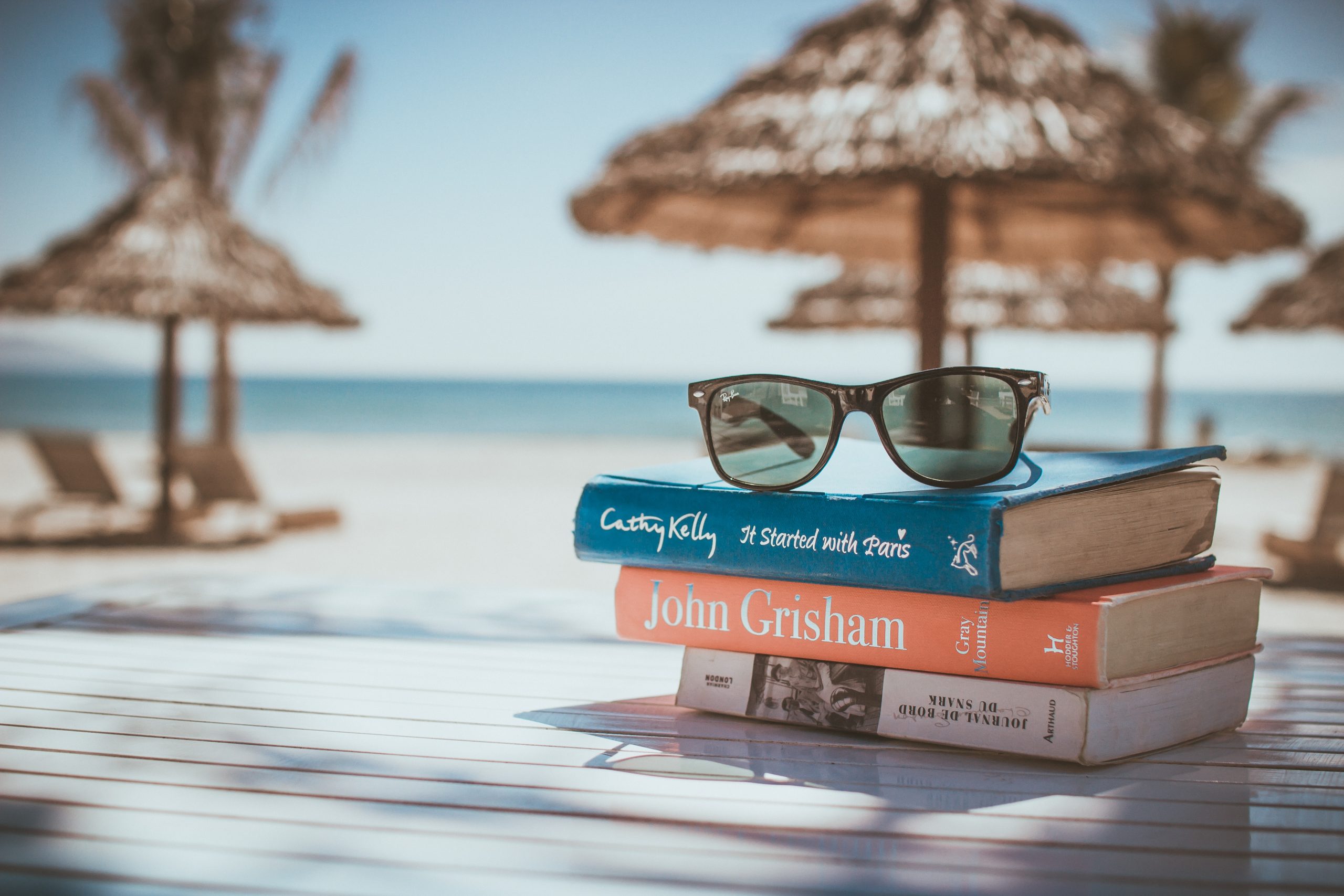 If you’re anything like me, some time on each holiday absolutely MUST be set aside from some beach/poolside reading. After all, what’s a holiday without a bit of downtime? I’ve always been a bit of a bookworm and to me, there’s no better way to get refreshed (other than a dip in the pool of course!) than to rest the body while exercising the brain (but not too much, that’s why chick lit is so great). So without further ado, here are my favourite poolside reads for your next getaway.

The Woman Who Stole My Life by Marian Keyes

The author who brought you Watermelon, Anybody Out There? and This Charming Man (to name but a few) returns with this excellent story of a woman whose life is flipped upside down by a sudden and very serious illness. The reason I love Marian Keyes so much (love is not a strong enough word – she is my favourite author) is that her subject matter is almost always quite heavy, but she approaches it in such a way as to be thought-provoking but still wildly entertaining. She also really builds her characters, so you always have deep feelings about them and are invested in their lives. Her books are always impossible to put down and when they finish, you feel like you’ve made some new friends. The Woman Who Stole My Life is no exception.

Victoria: The Woman Who Made The Modern World by Julia Baird

This biography on one of the world’s longest-reigning monarchs is written by one of Australia’s most prominent journalists and is meticulously researched. Victoria was, all experts will agree, a highly complex woman, but she was a strong one assigned with a near-impossible task, and the legacy of her reign still lives on. Parts of this book might give you a few feels (or piss you off if you’re a fan of the movie The Young Victoria like I am) but that’s okay – sometimes life is more complicated than a Hollywood movie. If you want a book about a badass chick that will get you some brain-cred at your weekly Book Club – but is still fascinating enough and an easy enough read for the poolside – this is the book for you.

Sticking to the royal theme for a second, this recent instalment of the Tudor histories written by Philippa Gregory (of The Other Boleyn Girl fame, if you’re not familiar) tells the story of Katherine of Aragon (Henry VIII’s first wife) and his two sisters, Margaret and Mary. If you’ve read any of the other instalments, you’ll know that there are some gaps in the history and therefore some liberties that Gregory takes in order to tell the tales. Never mind that, though, because this book is just as riveting as all its predecessors and is the perfect book for poolside reading. You’ll feel like you just read some salacious gossip, but be able to have an intelligent historical conversation at your next dinner party.

All The Light We Cannot See by Anthony Doerr

Yeah look, this one’s a bit heavy. But it’s also a Pulitzer Prize-winning must-read. Maybe make sure you’re at a pool with a swim-up bar so when you’re ready to put it down, you can order a Mai Tai and forget about it for an hour or two. And at the end of the day, though this book might be about a blind French girl and an orphaned German boy destined to end up on opposing sides in World War II, it is, at its heart, an uplifting story about the innate good in people. So read it. Read it right now. Hug your friends. And be ready to order that cocktail.

After You by Jojo Moyes

So you’ve obviously read Me Before You (uhhhh, no? What the hell?! Get it here.) This is the excellent sequel, where we meet up with Lou 18 months after the previous book ended. Lou has a lot of questions and a lot in her life to sort out. Which is great because, I don’t know about you, but I needed closure. Lou is like your quirky best mate, the one who you’re not really sure how or why you’re friends, but you are and she’s awesome, which makes After You the perfect book to enjoy poolside.

This beautiful little book does exactly what it says on the tin. The premise is this: you can look at the things mentally strong people do, and try and cultivate those behaviours, but if you still have a bunch of bad habits you’ll get nowhere. This book aims to correct that. The author, Amy Morin, suffered a string of heavy losses in her late twenties and subsequently wrote a viral blog post that turned into this self-help book. If you let it, it could change your life. Just what you want on a holiday.

The Beach by Alex Garland

Okay, this isn’t new, but it’s an absolute C-L-A-S-S-I-C. And it will be particularly relevant to you if you’re travelling in Southeast Asia. Garland manages to highlight a problem that’s just as pertinent now as it was in the 90s when he wrote the book, but add some action into the mix to put it into the “thriller” fiction category. It’s full-on in parts but it’s a really short and easy read, and one every traveller should read at least once (watching the Leonardo DiCaprio movie version doesn’t count).

I’m sorry, but no book list for travellers would ever be complete without this book. It’s like a rite of passage or something and to be fair, I’m not sure I know of anyone (myself included) who didn’t obtain their copy from a random new traveller friend or in a dodgy hostel somewhere. My copy still sits on my bookshelf, tattered from the many people who read it before me, and eventually given to me by a client when I worked at Flight Centre (thanks, champ!). It’s a (very true) tale of warning – don’t do drugs, kid. And if you’re going to get involved in drugs, for the love of God don’t smuggle them.

You can purchase Marching Powder here.

Another book inspired by a viral blog, this book is going absolutely nuts on bestseller lists – and for good reason. This is exactly the kind of book you should be reading on holiday, funny, sharp, no-holds-barred and dammit, a shake-up to get you home with a new attitude. This is the book that will let you “take back control of your life” without using phrases like that or making you feel like you’ve read a self-help book. Sounds bloody brilliant to me.

Yeah, no. I’m kidding. Way too heavy. I just want to know if it took you less than a year to read this (like it did me).

What are your favourite books? Tell me in the comments below – I’d love to hear your recommendations!

A Kid-Free Date Night At The Adelaide Fringe Festival

Why You Need To Consider A Destination Wedding