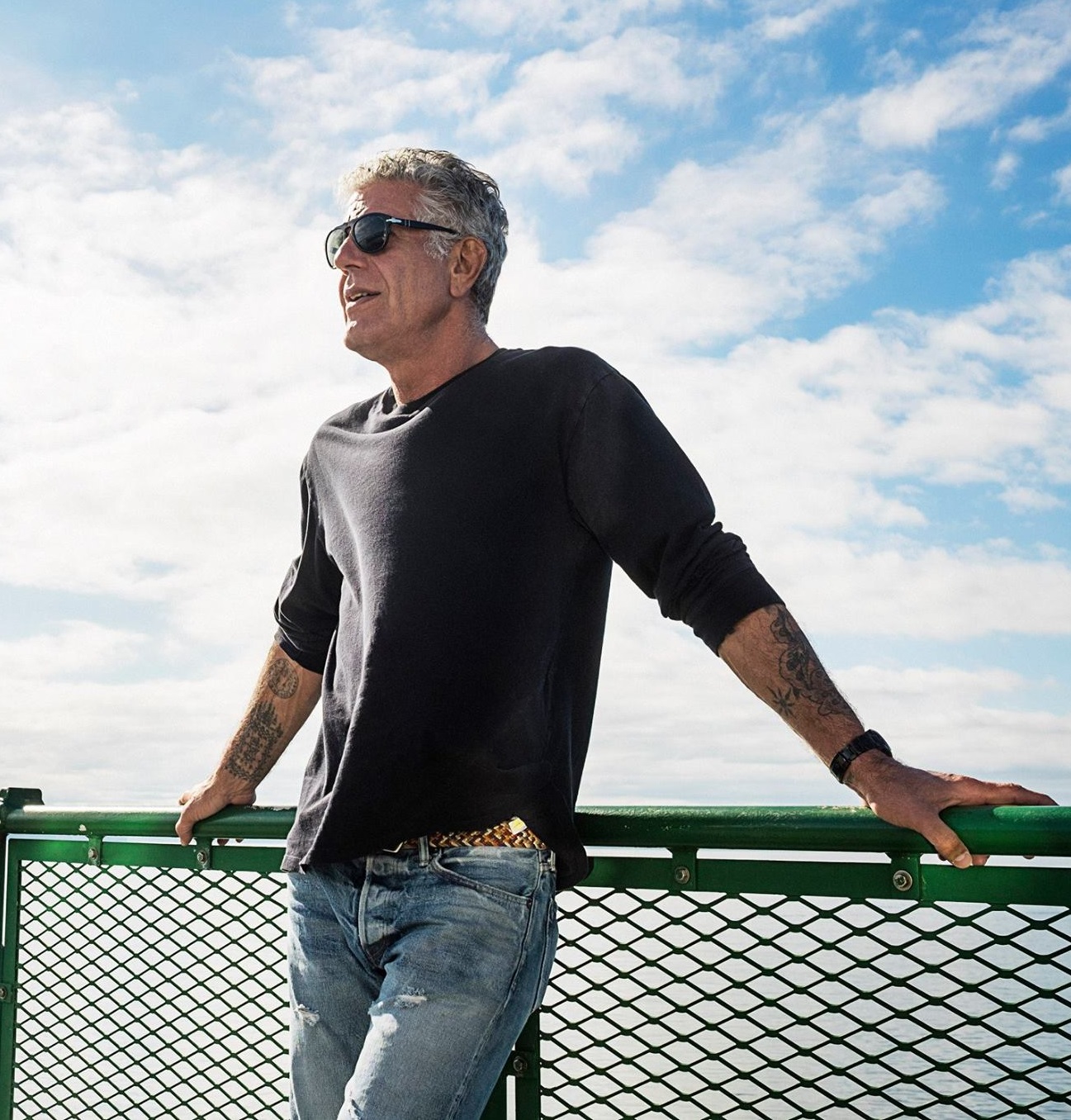 I honestly can’t remember a time when I’ve actually been distraught over a celebrity death. I’ve been shocked, certainly, but never overly upset. I remember Princess Di’s death, but I was too young to understand. I was saddened by the deaths of David Bowie and George Michael, but more for the loss of their art than an understanding of them as a person. But Anthony Bourdain, well…

The last couple of days have been different.

I “discovered” Anthony Bourdain in April 2014. A very specific time, I know, but that’s how clearly I remember it. My husband and I had recently got married, and we’d moved into our first home that week. Along with the other little discoveries one makes about the home they’ve just purchased, we discovered we had no television reception. So we signed up for the cheapest cable possible (with a new mortgage, it was all we could afford!).

It was well into Autumn and the weather was starting to get cold. So we snuggled up on the couch, as newlyweds do, and scrolled through the channels. A show called “No Reservations” popped up. Neither of us was particularly keen on cooking shows, but this was different. The host, a man we’d never heard of, was different.

You see, what Anthony Bourdain brought to television, and to the world, was not just food.

Where other western cooking shows head to Asia and bang on about how “exotic” it is before white-washing a bunch of recipes, Bourdain took the time to talk to people, to get to know their stories, their culture, and their food. And he was never the expert. What he did was take you to encounter a new culture and let those people tell their stories.

He showed the art, the skill, the years of training that went into the making of proper sushi or soba noodles. He showed the historical contexts behind some of each country’s most important dishes. And he took the time and consideration to give the stage to each chef or interviewee. It was Bourdain’s show, but it wasn’t truly about him.

Very heartbroken right now. Whenever I get homesick for Vietnam, I’d put on one of Bourdain’s many Vietnam eps in his shows. That kind of trust in the way a white man portrays my culture is not easy to cultivate, and I doubt if there’ll be another like him.

Sometimes he messed up.

In Haiti, he bought a whole bunch of people a meal and before he knew it, he was being mobbed by hundreds more who wanted a meal too. He had messed with the system. Wanting to do something nice, his white-saviour-complex got the better of him and he learned the hard way. But what I loved was how he and his team didn’t edit that out, He didn’t try to twist the narrative. Instead, he openly admitted that he screwed up, and what the consequences had been. And he reflected honestly about how he didn’t know what the answer was, and how uncomfortable the situation was.

One of the things I loved was how he wasn’t afraid to get political – and I think this is where he completely stole my heart. He was a thinker, and he cared. He wanted to tell people’s stories to break down cultural barriers, and also to raise awareness. Bourdain spent time in Palestine and was extremely passionate about the Palestinian cause. In fact, I hadn’t known much about the actual conflict until I saw Bourdain speak on the subject. He was, as far as I know, the only American with such a profile who shed light on the plight of the Palestinians, which is a big deal in a country so pro-Israel.

Rest in peace, Anthony Bourdain. Thank you for being a friend to the people of Palestine. You showed the world their hospitality and generosity, but most importantly, their humanity, which was unprecedented in the history of mainstream American journalism. RIP

In a world of so much fakeness, @Bourdain was about as real as real can get. Whether slurping rice noodles in Cambodia or eating falafel in Gaza, he spoke truth to power with such eloquence and wit #AnthonyBourdain – this stings.

Anthony Bourdain travelled to Cambodia several times. The first time was not long after the end of the Khmer Rouge regime and he himself admitted that he was stupid in his reasons for wanting to go there. He spoke of wanting to be somewhere dangerous without Westerners, and that he got much more than he bargained for. On a return trip, he reminisced about his prior experience and was honest about how “stupid” he’d been. But he didn’t go quietly. Instead, that episode he shone a huge light onto the situation in Cambodia today: he is frank about the Khmer Rouge leaders still in power. He gives voice to the stories of survivors. And he promotes Cambodian culture and food for what it is.

The thing is, he wasn’t a hero.

He was, like all of us, flawed. Of course he was. And it’s a sad day when we have to mourn a celebrity chef like a Nobel Peace Prize winner (or actually, moreseo given his profile) because the powers that be are so morally bankrupt that Bourdain’s views seem radical and controversial. We shouldn’t have to raise Bourdain up as a hero for talking about Palestine. He cared, and that’s why he was loved. But that should be the norm, not the exception.

But politics aside (because none of us can be right all the time) let’s remember him for his exceptional storytelling ability. For putting other voices out there (the ones we so often fail to hear in the West).

But even though I never met the man, I feel as if I’ve lost a friend.

A smart, charismatic, wise-ass friend. A friend I could eat with, sink a whole bunch of beers with, and talk shit with. The kind of friend who will let you rant and rave about politics but then laugh at your dirty joke (or make one himself). He made me feel like it was okay to be me, even if sometimes I was crude, or too loud, or a massive know-it-all. I loved him so, because I related to him. He was 100% the kind of friend I like.

Bourdain never treated our food like he “discovered” it. He kicked it with grandma because he knew that HE was the one that needed to catch up to our brilliance.

I wish so much for his legacy to take hold in western (mostly white) food media culture. What a loss. I’m so sad.

He also encouraged me to continue to explore more. To get out of my shell and be more daring, and to try new foods or new recipes in the kitchen. To get to know strangers and hear their stories and to go wherever even if it is hard and it pushes your boundaries. But he can say it better than I ever could:

Travel isn’t always pretty. It isn’t always comfortable. Sometimes it hurts, it even breaks your heart. But that’s okay. The journey changes you; it should change you. It leaves marks on your memory, on your consciousness, on your heart, and on your body. You take something with you. Hopefully, you leave something good behind.

So farewell to my friend, Anthony Bourdain, the friend I never actually got to meet. Thank you for breaking my heart, but leaving so much good behind.